It is not every day we feel moved by our work and tell you how its made. No, wait… We do that almost every other day. Today, it is the story of how Mypromovideos shook hands with Vital Beats to create yet another stunner explainer video!

Vital Beats, a Med-Tech company based out of Denmark, is the brainchild of Denmark University’s research scholars. This program, born after almost a decade of research, is used to oversee the heartbeat pattern of the ailing and find the abnormal heartbeat i.e. the vital heartbeat. This data is further used for the patient’s medical advancements.

Vital Beats needed an explainer to tell their story in layman language.  Therefore, they took a good look at our portfolio and sent us an inquiry.

And…we got to work in a heartbeat.

The project was a complex, scientific one. The responsibility to transform it into a simple explainer video, something that can be grasped by a commoner, was in our hands. What would make it easier? What is something that is similar to thousands of heartbeats? We started looking for a metaphor.

What you seek is seeking you, says a Sufi philosopher. We didn’t go all Sufi on this project, but, the idea which we were looking for was right in front of our eyes. Ocean. Yes. The term ‘ocean’ hit our creative chord!

The Ocean and its million drops of water were equated with the millions of heartbeat. Vital beats’ explainer video took form.

The script flowed quite smoothly from there. While drafting the script, the main concern was making sure the video reached its right audience.

Here, the target audience were the hospitals and pacemaker companies. The script was crafted to sweep the audience off their feet the moment it started playing. The opening of the video had to be BANG ON. At the same time, the explainer video also had to be easily digestible. It was only fair we do justice to a life-changing scientific technology and we did.

The underlying thread of the visual script which brought the explainer together was its minimalism.  When you go minimalist, you have to make some important decisions like what can stay in a frame and what can’t. This could be a bit of a challenge. However, we do like ourselves some challenges.

The colour tone of the explainer, which was set in resemblance to the brand representation, also added some zing to it.

The animation process of the video was no less interesting. Interesting to the point it excelled our own anticipations. The curious fool in me went on learning about the animation technique that made the explainer look sharp.

The experts out there may know this. But I will, of course, break it down to you again. The primary setup of the ocean shot was built with 3D tools even though the video is a 2D one. If you take a good look at the video, maybe you can say 3D from 2D too. Oh, the joy of creating!

The sound of fresh music!

The voice-over flowed over the visuals like gentle water running over pebbles in a  stream. The critical element which transformed the video into a ‘happening’ one was the music. The sound of fresh music along with the SFX was the cue for our explainer being ready!

We gotta say, Vital Beats was one of those clients who were very particular about what they wanted. They made our job easier with their surprisingly precise feedback. The specific and clear communication set the right pace to finish the project.

The beginning after an end

I read a story about the Smithsonian Zoological Park putting four newborn lion cubs through a swimming test. The natural instincts of baby animals which make them swim, the moment they are thrown into the water is inspiring.

As the test began, three cubs swam fine. One of the lion cubs swam away from the test curator and went deeper into the moat to explore. I guess that is what we do when we start and finish an explainer video project. We improvise, we swim through it and we wait for new quests, instinctively. 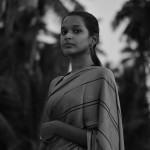