The tremendous success of Slumdog millionaire not only gave India three Oscars but it also indirectly left a negative impact over the life of Indians and the behavior of Indian companies. (Now that’s a controversial way to start a blog!) I am not going to say that what Danny Boyle showed in the movie is fictitious but to remind you of the fact that out of the eight Oscars, two Oscar were given to appreciate the creative genius of an Indian music director, AR.Rahman and one for the master class in sound mixing by Resul Pookutty, whom he chose for a reason. So why and how did Danny Boyle chose to work with an Indian company? Lets see..

Many international companies had an initial hiccup in choosing an Indian company over their local companies because of the horror stories they had. There is no denying the fact that outsourcing to India had problems. Understanding the requirement and delivering it as per the expectation is the key to any good business relationship. A lack of communication and understanding of the cultural differences between each other are the key reasons for those horror stories about Indian companies. Well, we have come a long way and like any other growing company, we have learned from our past and many pioneers who showed the way.

Thanks to the internet boom the world has become one global village. Today’s India has gone through a tremendous paradigm shift and acquired a great level of knowledge and understanding about the world cultures. Over the period of years India has evolved from a more Indianised, stereotypical approach (Like for example saying yes to everything the client ask for which is discussed later) to becoming more adaptive to the world cultures.

As we take some time to transform completely, here are the few things that you can learn from Danny, while you decide to go with an Indian company. Though most of it sounds obvious, it becomes practically difficult while you are actually doing it. Sometimes it is these obvious things that get ignored and forgotten. So get ready to be a good student who is willing to do his home work properly.

Note:These points are for people seeking to work with companies not with individuals.

1.Portfolio is the key:
This is the easiest way to shortlist and it’s very straight forward. Though it’s pretty straight forward, people tend to get carried away by the huge spectrum of price ranges they get and eventually end up burning their fingers. So if you have made a research and took the list of companies to work with,then the first thing to do is to rate them in terms of quality. Here, make sure that you don’t bring cost into factor while short listing them. You should see the quality first and then the cost. (The discussion about the cost is avoided for the time being and will be discussed later)This is where most people make mistakes. This step will take some time to complete but trust me this is the most important one. It’s always better to invest some days to save some months.

2. Ask for reference:
If you are not able to judge the quality in terms of their work.The other thing that you could look into is the quality of their previous clients. You can easily bypass to this step if you don’t have much time to short list. Don’t just go with promises, ask for proof. Any good provider will have good clients. Ask for the email addresses of those clients which they should be happy to provide and contact them to know about their professional experiences. You can even ask for some contact nearest to your place. This will help you in getting the confidence which is very important to establish the trust with your provider.

3. Quality is not Cheap but it can be competitive:
(Now, here is the discussion about the cost.)
India is a country with a huge diversity. Hence you will able to find people providing the same service in a wide spectrum of price range. Most of the times this is where people get lost in the jungle. This is the main reason for many of the horror stories. It is a common fact that people choose India for its competitive advantage on the cost of production. But one should remember that Indians also have a cost for their living and it’s not cheap. People have to pay well for good resources and give incentives to retain them. It’s a very vital fact for you to understand, so that you don’t make the mistake that many did. Be careful when someone promises you cheaper rates. They might not be consistent in what they do.

4. Don’t say Yes for the people who always says YES:
Indians are known for their hospitality and humility. We almost never want to disappoint our clients. It is because of this culture we tend to say “yes” to everything the client asks for even if we can’t deliver. So while choosing a provider make sure that you don’t get carried away by the promises. In the same sense, respect if someone is saying “no” to some of your requests with a valid reason. It might be because of the transition that happened over the period and it could be a very visible indication that you are talking with the right person.

5. Show your Trust in communications!
Out of all these, this is what you should do the most to ensure good results. Indians love the people who trust them. After all the hard work you did in choosing the right provider, you should not mess it up by being mean in your approach. A word of caution: A good modern day Indian company will not hesitate to even fire a client. This is quite normal for any quality firm to do, as they don’t want to waste their time with someone who doesn’t even have a basic respect for Indians and Indian companies. This is how companies become good to great. Having said that, if you approach them with your trust, it is almost certain that every time you will get the result that you would desire and most of the time, it may exceed your expectations.

Finding a lot of people in India for your work is very easy. Choosing the best among them for you is the challenge you have to face. If you stick to the above mentioned basics properly you will certainly end up being a Danny boyle in working with Indians. 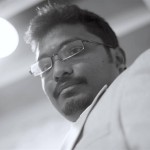 Anil KumarFive ways to work like a Danny Boyle with an Indian company01.06.2014